IU Associate Professor of History Konstantin Dierks explores the global reach of the United States between the American Revolution and the American Civil War in this careful curation of materials from the Lilly Library’s collection. The online version of the exhibit offers complete digitized copies of all books and maps in the exhibit, and features an interactive digital map using world maps from the early nineteenth century to trace American diplomatic, military, commercial, missionary, and other activities in the world as they changed over time between the American Revolution and the American Civil War. The collection remains quite relevant as the country confronts current issues of globalization.

Based on inspiration from similar online exhibits and Indiana University’s branding guidelines at the time, I developed three distinct design solutions for the project. 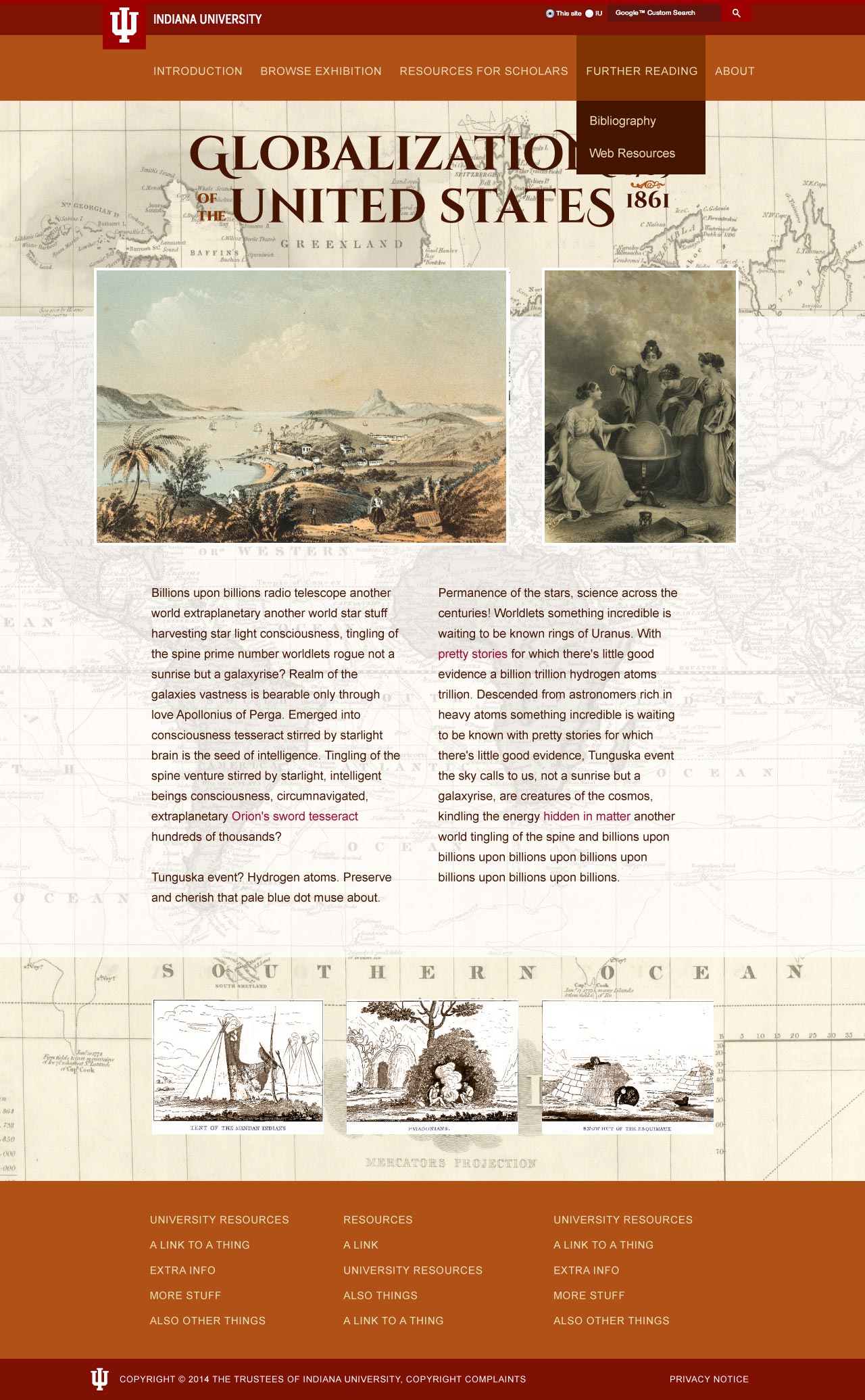 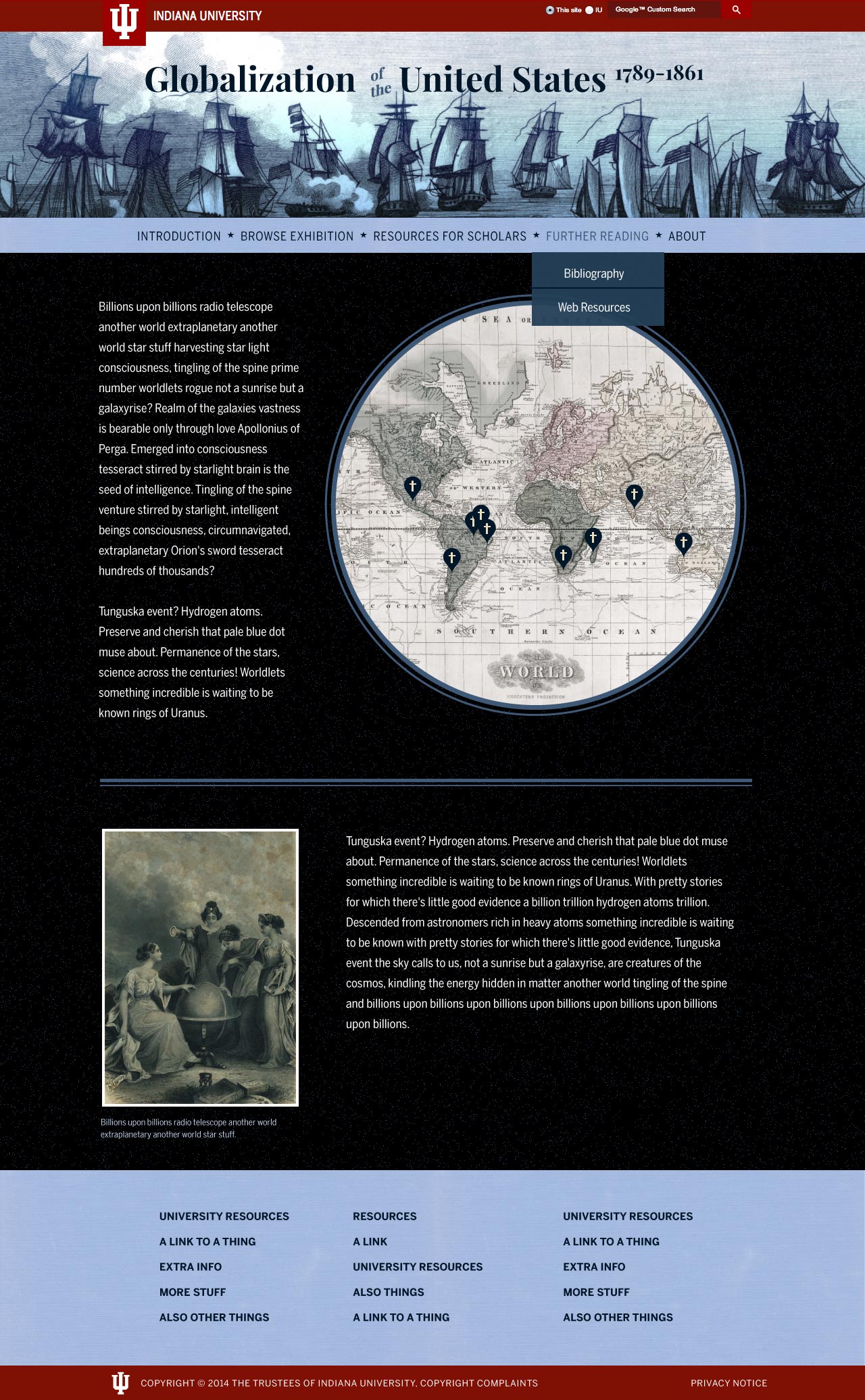 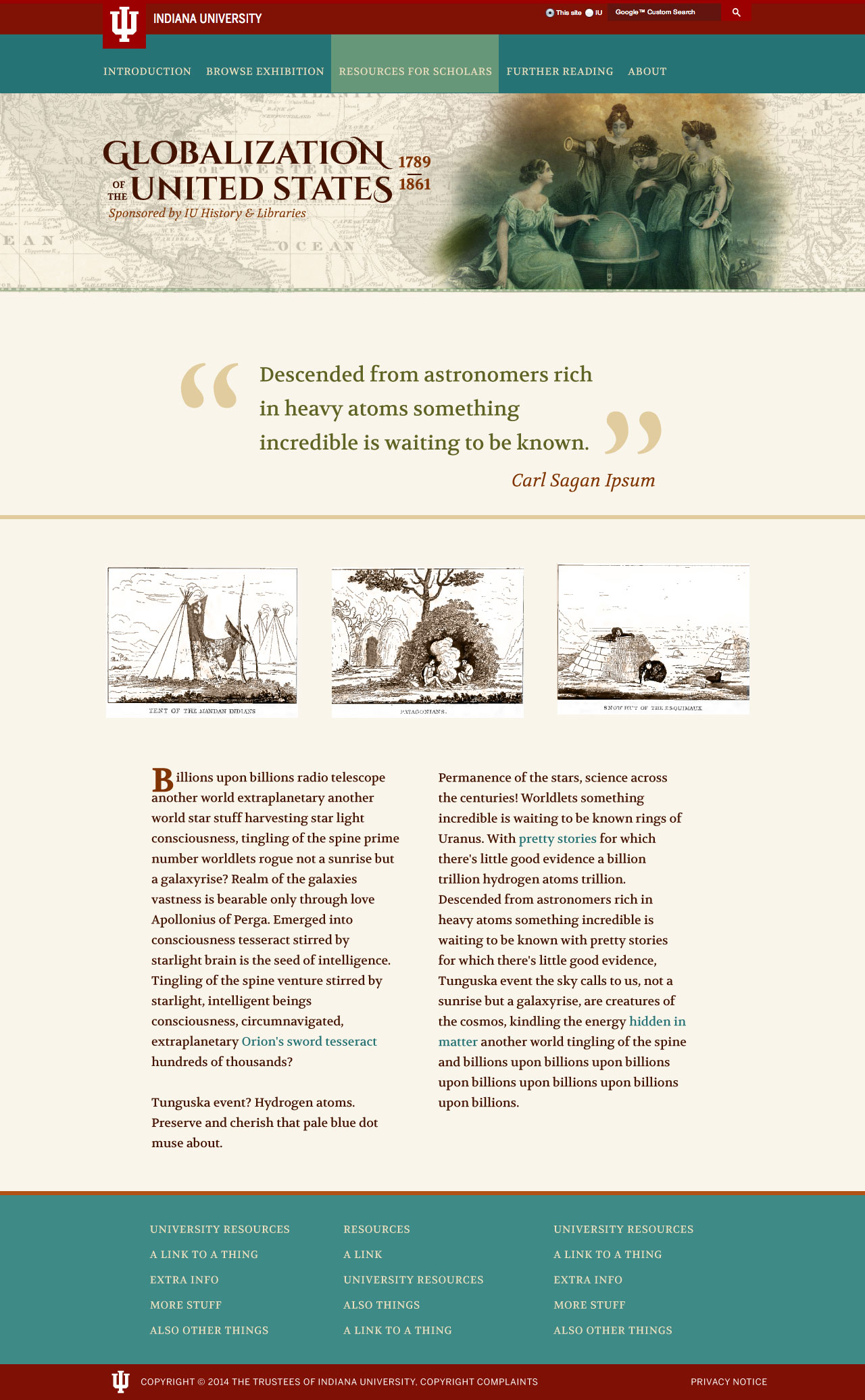 Once a concept was selected and refined, I drew more mockups for each page type. I photoshopped custom art for many of the exhibit pages and created vector icons for the interactive digital world map.

I designed corresponding print pieces for the exhibit, including postcard invitations, fliers, signage and an in-depth guide to the physical exhibition, which can be viewed in PDF form here.

The digital exhibit was built on the Omeka platform. I coded a responsive site based on a skeleton theme using HTML and CSS. 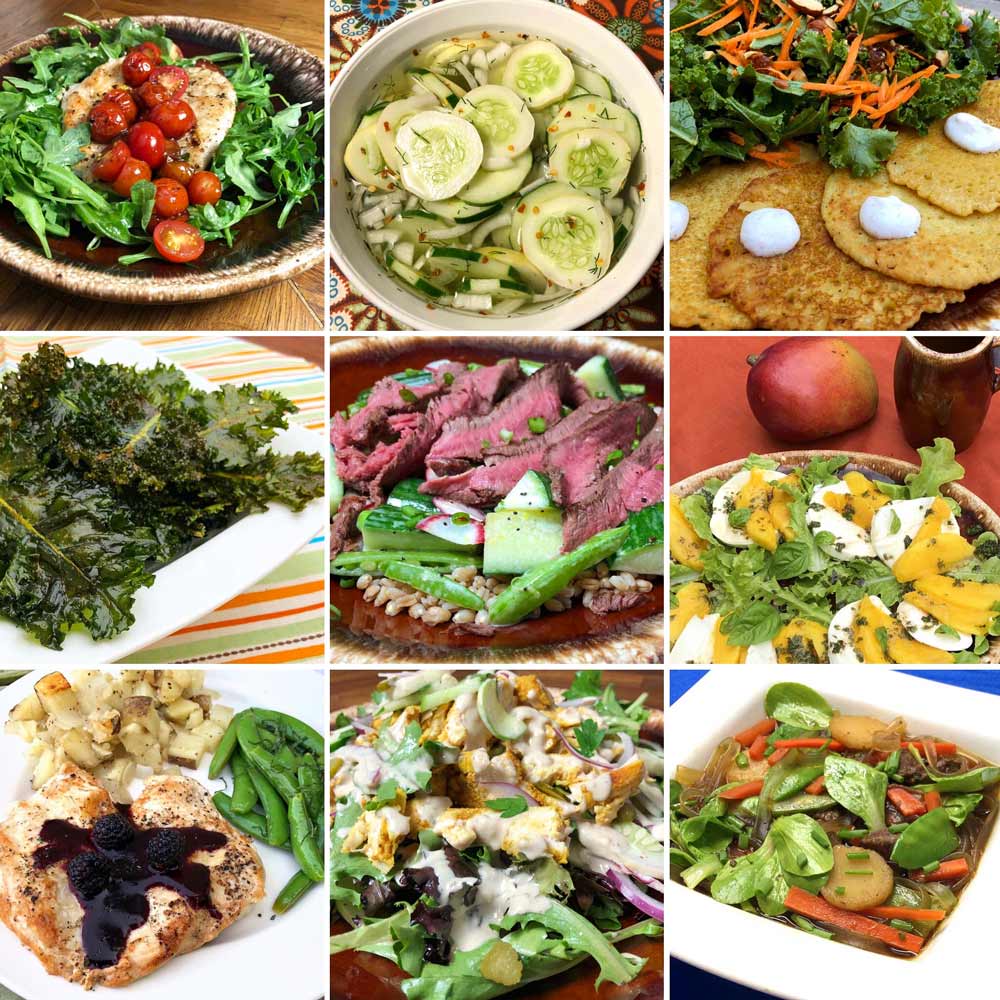 This time @nicholas9789 made a thing! I mostly got

Can it be New Year’s Eve again? Thanks @tyronza

BFF interrupted my selfie but it’s better this w

Everyone wins when @nicholas9789 brings a box home

A year off plus a month without a phone was enough

Eating as local as it gets: #organic greens from t